What are Smart TVs? And are they worth it?

A Smart TV is a Television set that gives you the ability to watch online content (YouTube, Hulu, Netflix, etc.) in addition to or instead of regular broadcast media content (network and cable tv).

While today’s Smart TV’s are mostly sold as HD (High Definition) TVs, they still come in all shapes and sizes and are not exclusive to a single manufacturer. Samsung, LG, Sony, Toshiba, and most other major TV manufacturers all have their own iterations.

A quick search on Amazon for the term is probably the best way to give you an idea of the scope and variety of Smart TVs on the market.

The more pressing question regarding these devices, however, is this…

Are Smart TV’s Worth It? 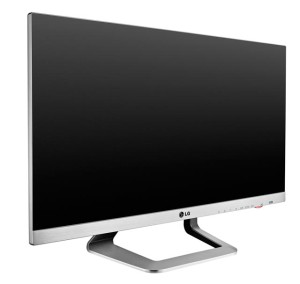 The quick answer is “no, probably not.”

The truth is, if the goal of these televisions is to give you access to internet content, then there are much better and less convoluted ways of achieving that.

In fact, the term “Smart TV” itself is mostly just a marketing buzzword that confuses people just enough to allow places like Best Buy to sell second-rate entertainment systems.

Most of the TV’s on the market that are so-called “Smart-Enabled,” are simply HD televisions with prepackaged software that will likely be difficult to use and outdated in 6-months to a year.

But besides that, the biggest reason Smart TVs aren’t really worth it is most of these second-rate software packages don’t give you access to all the online content you’ll probably want.

Most probably give you Netflix and maybe Hulu, but the options drop significantly from there. So far, I haven’t been able to find a Smart TV that will give me access to all of the online content I consume.

Corporate politics, business contracts, and lawsuits all prevent these small-time TV manufacturers and their even more small-time “Smart” software packages from giving you access to the best the internet has to offer.

So What are the Alternatives?

As far as I can tell, there are three viable alternatives to getting the internet content you want on your TV:

The first two are probably the best “plug and play” options. They are for people who don’t really want to put in the effort of doing a lot of research to get the absolute best options out there for a custom job.

However, if you go with the third option you’ll get the most flexibility and also the widest variety of content on your TV.

Apple TV is essentially a mini computer that hooks up to any HDTV (High Definition Television). Due probably to Apple’s size and political clout, their system gives you access to many of the major internet content providers and a few of the smaller ones.

And thanks to it’s AirPlay feature, whatever content you can’t get through device, you can get through your other Apple devices.

Apple TV is probably your best bet if you just want internet content on your TV that just works. It’s an even better bet if you already have a few Apple devices lying around because of their ability to integrate well.

The only major drawback is the finagling you’ll have to do if you would rather get your content on cheaper platforms like Amazon’s Instant Video which is usually $1 cheaper per tv episode.

If you didn’t feel like paying that extra $1, you’d have to get on your Apple laptop, buy the episode from Amazon, and connect the TV to your laptop screen via AirPlay. Not all that complicated, but you can’t just sit down in your chair, grab a remote, and start watching your favorite TV episodes unless you want to pay.

I personally am not an Apple fanboy, so if I were to go the “plug and play” route, I’d probably go for Google’s option.

Google TV is a bit more complicated than Apple’s sleek minimalism and user-friendly design, but what you get in return is a wider array of internet content that you can access with just a remote. The cheaper Amazon Instant Video is only a click away, for instance.

There are three ways to get Google TV:

I would personally go with the second option because I would rather just do some extra research and get a high-quality, but cheap HDTV, then be shackled to the few TV’s that were simply lucky enough to do a business deal with Google.

The only drawback with Google TV is the price. The separate mini-computer that is comparable to Apple’s device is $199, where Apple’s is just $99.

However, the wider array of content more than makes up for the $100 difference in my mind.

The third alternative is the most complicated of the bunch and requires a bit of research and work to get it set up right. But what you lose in simplicity, you gain in money savings and flexibility.

By going the DIY route, you get access to all the internet has to offer, and you get the satisfaction of custom-building your own online content experience.

I’ve written a complete DIY guide to setting up your Home Theater from scratch in my article on getting rid of cable. Don’t worry, you don’t have to get rid of your cable to have all the benefits of this alternative to the so-called Smart TV, but once you see what you can achieve with this option, you may think twice about what you’re getting out of your cable company.

Putting it All Together: Why Smart TVs Aren’t Worth It

To sum things up, there are three things you should take away from this article:

Thanks for reading this article. If you have any comments or feedback, feel free to leave a note in the comments section below…

What is the best online TV streaming service?

The 5 Coolest DIY TV Antenna Plans Anyone Can Build

Web Series are Better than Network Series. Here’s Why…

What are Digital TV Antennas? 8 Things to Know Before You Buy One

Should You Cut Cable and Just Rent DVDs? A Quick Cost-Benefit Analysis