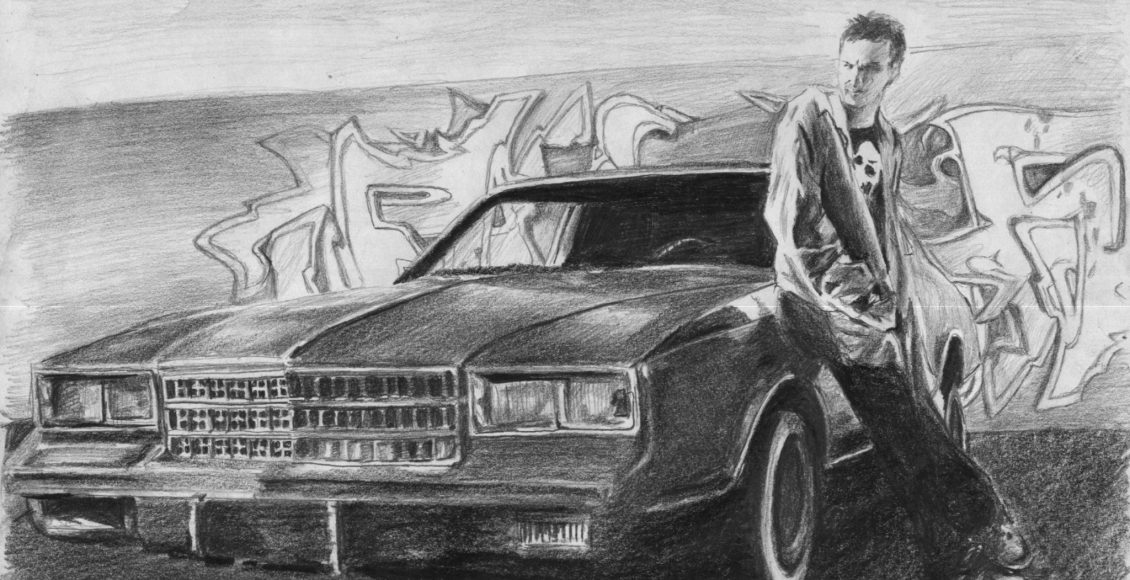 Alert: Spoilers ahead. If you haven’t watched Breaking Bad and don’t want to spoil the ending, you can watch the full series here.

But the big question on everyone who’s seen the final episode of the series is: Did Jesse really get well-deserved, long-awaited freedom?

The answer to this question will always be, “that depends.”

We never find out definitively, and the makers of the show wrote the ambiguity into the script. Still, it doesn’t negate the validity of the question for fans. However, it does make it very difficult to answer the question, and no matter how hard we try, the answer will always be unsatisfying.

Neither Vince Gilligan (the creator of the show) nor Aaron Paul are much help either.

In an interview with GQ, Gilligan confirms what we already know, “it’s up to the viewer to decide what happened to Jesse,” he says. However, he goes on to give us his personal feelings on the topic.

“My personal feeling is that he got away,” Gilligan told the magazine. “But the most likely thing, as negative as this sounds, is that they’re going to find this kid’s fingerprints all over this lab and they’re going to find him within a day or a week or a month. “And he’s still going to be on the hook for the murder of two federal agents,” he continued. “But yeah, even though that’s the most likely outcome, the way I see it is that he got away and got to Alaska, changed his name, and had a new life. You want that for the kid. He deserves it.”
The best we can do is look at clues along the way and make our best guess based on the knowledge we have from the show and supporting information from interviews and the like.

According to Indiewire, Aaron Paul mentioned on a podcast that the writers briefly mulled a post-credits scene that featured a bus pulling up in Alaska and Jesse getting off.

While somewhat comforting to know that the writers were at least headed there at one point, it never made it into the script and so we’re back at square one.

With all that said, we can still put together a case that Jesse did, in fact, get his freedom. But we need to write a few things plausible (and unplausible) into the events of the series. Let’s look at all of the evidence we have available and take our best guess at whether Jesse really got free.

Here’s 3 things that need to have happened in the Breaking Bad universe for Jesse to unequivocally have gotten his freedom.

The smoking gun for Jesse is the confession tape he made with Hank Schrader and partner Steve Gomez in season 5 episode 12, “Rabid Dog.”

This taped ended up in the hands of Uncle Jack and his gang of white supremacists after Jesse tells them where it is. While we don’t know what happened to the tape after this, it’s pretty logical to assume that Uncle Jack destroyed it. Jesse’s confession included incriminating information on Todd, Uncle Jack’s demented nephew.

To leave it hanging around would simply be inviting trouble. So we can fairly safely assume that the confession tape was destroyed without the authorities getting a copy of it.

For Jesse to get his freedom, the cops need to be off his trail completely. A life on the run is not freedom, and knowing Jesse, he would likely eventually be caught. Three things would have made Jesse’s fingerprints a nonissue. All three of these are plausible, but let’s take them one at a time to flush out any gaps in the theories.

– If he never got fingerprinted when he was taken in to the police.

Let’s talk about the possibility of Jesse not being fingerprinted when he was taken in by the police for throwing money out of his car.

While it’s possible he didn’t get fingerprinted, it’s unlikely. He was probably arrested and processed, in which case, he would have been fingerprinted. There are a few reasons for this.

First, he was probably still high when they took him in and could have been charged with public intoxication. Second, unless he was arrested, the cops would not have been able to seize his money. It’s reasonable to assume they did because Saul later mentioned to Walt the “cost” of Jesse’s actions.

In all likelihood, Jesse did, in fact get fingerprinted. If not here, then possibly in his younger days before the start of the series.

This leaves two possible ways the cops wouldn’t have noticed Jesse’s fingerprints in the lab.

– If he always wore gloves in Uncle Jack’s lab and never left fingerprints around. 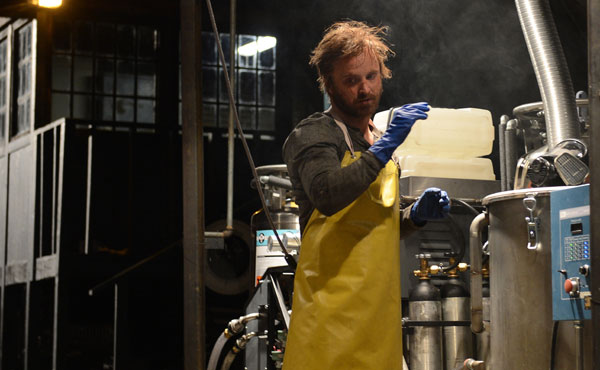 It is fairly safe to assume that Jesse did wear gloves during his time in the lab to keep the meth pure. This had come from his training with Walt. In addition to gloves, Jesse would have wiped down all of the equipment after every cook which would have further prevented traces of fingerprints from being found.

This is probably the most likely reason Jesse’s fingerprints wouldn’t have been found in Uncle Jack’s lab.

– If the cops weren’t looking for Jesse’s fingerprints in the lab.

Another likely scenario to add to the mix is that the cops simply weren’t looking for Jesse’s fingerprints, or anyone’s for that matter. They had no reason to. All the evidence pointed to a large-scale massacre perpetrated by Walt and Jesse hadn’t been heard from in months. There really wasn’t any reason for the cops to be looking for fingerprints.

Based on these three plausible outcomes, it’s likely that Jesse’s fingerprints weren’t an issue that inhibited him from getting freedom.

#3. Jesse found a place where he could shed his old identity and create a new one

In season 5, episode 12, we get a picture of where Jesse would likely go to get his freedom… Alaska.

But, if he were to go to Alaska, would it be plausible for him to stay there? Could he shed his identity and actually hold down a normal legal job?

The answer, as much as I’d like to think the opposite, is probably not. Jesse has proven time and time again in the series that he can’t really deal with the consequences of his actions. His guilt would likely be overpowering, and he would most likely slowly descend into junkie hell again and die of an overdose or commit suicide.

But let us, for a moment, entertain the thought that the time he spent as a Nazi slave broke his drug addiction and changed his character into enough of a pragmatist to enjoy his freedom.

This means he would have had to:

In other words, he would need to be OK with his situation here:

Given that his character doesn’t really learn all that much from his mistakes, I’d say it’s a long shot, but it is a shot nonetheless.

Walt needs to have actually died 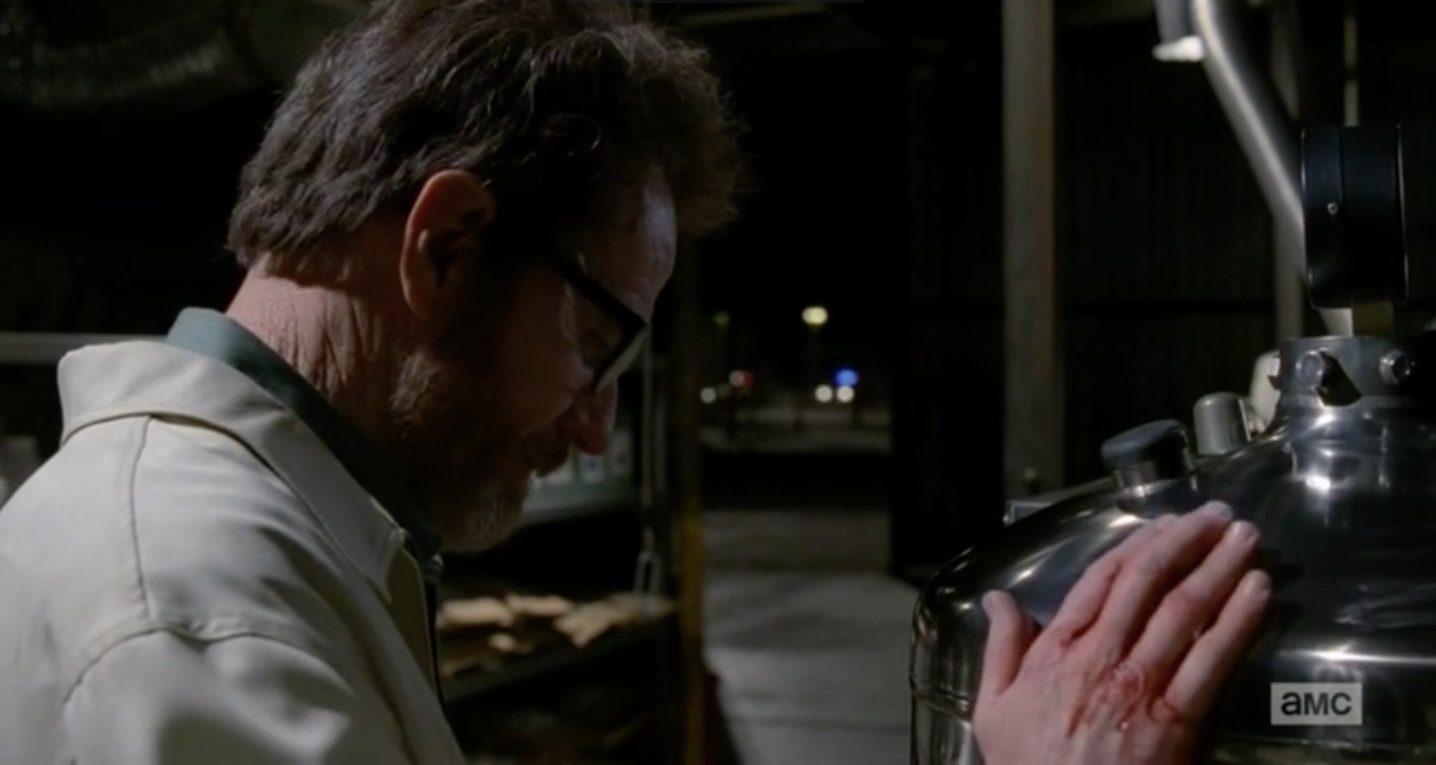 The Evolution of Jesse Pinkman

Of course, with all that said, it’s nice to know that he did evolve somewhat as a character. Enough to get his freedom? Probably not, but there’s always a chance…

5 Reasons an All-Girls School is Like Jail: My experience watching Orange is the New…