Hulu Wants to Make Mindy Kaling your BFF. Here’s Why You Should Let Them… 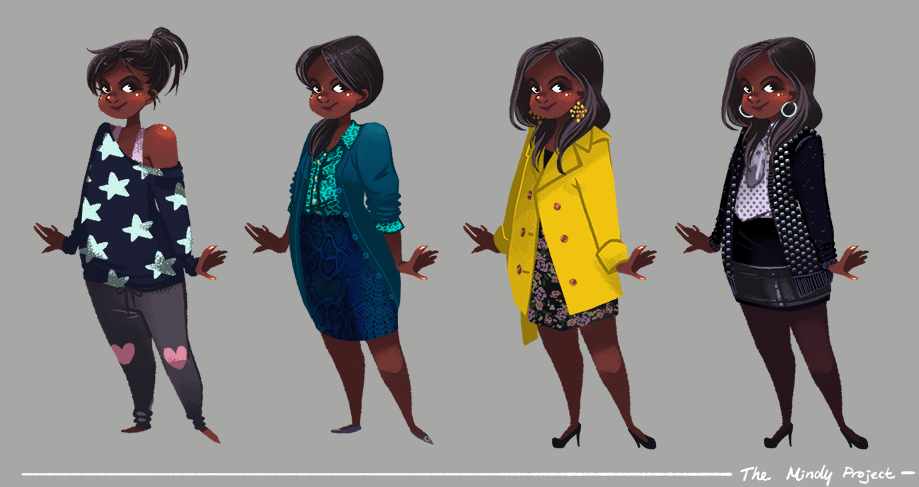 Every time a great show is cancelled, it’s gut-wrenching.

Reading the headline, “Fox Cancels The Mindy Project” the drop in my stomach suddenly swung up again when the following words were, “…Hulu might save.”

Sweet relief. I swear, I will be in one of those dumb Hulu commercials where people talk about how a TV show has been a meaningful part of their lives. I was so incredibly happy that such a great and intelligent show was saved — Hulu just announced, it will be picking up The Mindy Project for 26 episodes.

Much like Arrested Development and Veronica Mars before it, The Mindy Project, and it’s fan’s were saved by the internet. Which is to say, saved by themselves. This decision, even more so than the few before it, makes it clear that fans are now in charge, not networks.

This is a pattern. And unlike Arrested Development and Veronica Mars, there really wasn’t a prolonged fan campaign to save these shows — Mindy was picked up about a week after the announcement it was cancelled. Hulu realized the power of a cult-following show, and knew the campaign to save it would probably come around anyways.

With it’s new home at Hulu, Mindy can finally be measured for it’s actual worth in online views, instead of the antiquated and severely misleading system of physical television viewers.

Basically, this is like in Moneyball, how the Oakland A’s managed to realize that the standard way of vetting players was flawed — and were able to put together a winning roster with a new evaluation system based off of different statistics. Players were signed almost exclusively based on their on-base percentage. Two years later, the Boston Red Sox won their first World Series in 100 years because of that model. Online views are the new on-base percentage.

How many people can we get to sit down in front of a television at a specific time to watch a specific show is a lot less accurate for judging value than the simpler: how many people watched this show, regardless of time or place? Maybe not even two years from now, Hulu will prove to be one of the champions of the new model of television.

The fact that it was saved by Hulu is a good indicator of the quality of the show, too. It joins Arrested Development and Veronica Mars, as discussed, both of which were intelligently written, compelling shows that simply didn’t get the attention they needed on a network.

I found both of those shows in their last seasons, when they were already essentially on the chopping block. If you haven’t watched before, here’s why you should make the jump to watch the newest season of The Mindy Project when it premieres on Hulu:

Somehow, I think because it was lumped in with New Girl (also not a “girls” show), and with Mindy Kaling being a feminist hero, The Mindy Project was labeled a television rom-com. Don’t get me wrong, it does immediately dive into a lot of rom-com tropes – but then immediately turn them on their head. Nothing kills an elevator meet-cute faster than him dumping you later by saying he wants to share his life with someone who has “more years left to give.”

So in spite of the romantic comedy reputation it’s been pulling around, the show is a real representative of dating. Mindy is in her 30s, an intelligent doctor and still doesn’t get dating or understand what – or who – she wants out of life. The men in the show suffer in the dating world too, and the clashes make for enlightening dialogue about how men and women approach dating. 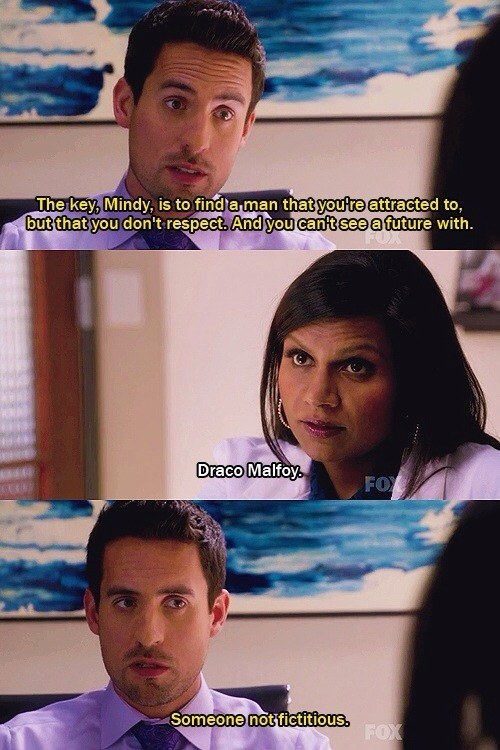 Most shows are full of tiny, generically beautiful girls and women playing opposite chiseled hunks. Then, those shows try to convince us that those girls are normal high school girls, and they have insecurities too.

All of television is basically She’s All That where you’re supposed to believe taking Rachel Leigh Cook’s glasses off and switching out paint stained overalls for a dress is a mind boggling transformation. Or that Denise Richards could possibly be a nuclear physicist named Christmas Jones. It gets a little old, even in James Bond-world. Not that the characters in The Mindy Project are total uggos.

They are all attractive people, but they’re better than just hot. They’re compelling. They have obvious flaws that they actually struggle with, but somehow that makes them more attractive. Take this interaction between Mindy and Danny, before she goes on vacation with her boyfriend for the first time:

Mindy: I don’t want him to see my naked body and then decide he doesn’t like me. Danny: Guys don’t care about this stuff as much as girls think they do. Mindy: That’s a bunch of crap. You all say that and then you go out and date ass models. I am sick of being the person with the “good personality.” OK, I wanna be so hot that Cliff would date me even if I had a bad personality.

Who hasn’t wanted to be so smoking hot that their significant other would date them even if they were a terrible person? It’s what we’re all secretly wishing to hear when someone talks about what a great person you are. The episode ends with a sweet confrontation between the two after Danny accidentally walks in on her naked. Mindy runs through a list of things to change about herself, and Danny summarily dismisses them:

Danny: You’re self-conscious. You have no reason to be. All I was gonna say is, don’t suck in your stomach so much. It makes you look nervous, and frankly, a little constipated. Mindy: And get a boob job. Danny: No, that’s not what I was gonna say. Mindy: And get rid of the cellulite on your legs. Danny: No. Mindy: And have blue eyes. Danny: I don’t want that. Mindy: Oh. Danny: You’re a woman, and that’s good. Look like a woman.

Yes, pretty people have problems. Sure. But no one actually believes that. Show’s rise or fall based on this kind of relatable conflict.

Reason #3: The guest stars are incredible…

…and they’re put in the weirdest situations. Like Lee Pace – also from another cancelled too soon show, Pushing Daisies. He played Silicon Valley billionaire who pursues Mindy from college, but then turns out to be a total weirdo creep.

Reason #4: The work situations are like watching The Office again

I cannot tell you how many times I have re-watched this scene where Mindy is trying to leave work, and is caught up in a nerf-war.

It spoke to my soul, and made me miss The Office so much it hurt, because that is totally something they would have written up.

Reason #5: Sometimes Mindy can be a total jerk

Mindy isn’t sweet, not really. She isn’t the “bitchy” type, either. She looks out for herself most of the time. So she’s an actual human being, because that’s how we all act.

She doesn’t care about any social issues, she can be inconsiderate and pushy with her friends and co-workers.

Mindy is a real human being, and that’s just too much for network TV to contain. So do the right thing, and click your way to the latest season when it premieres online.

The 5 Coolest DIY TV Antenna Plans Anyone Can Build