Why Is Gohan So Weak? Everything You Need To Know About His Journey From Hero To Zero And Back Again 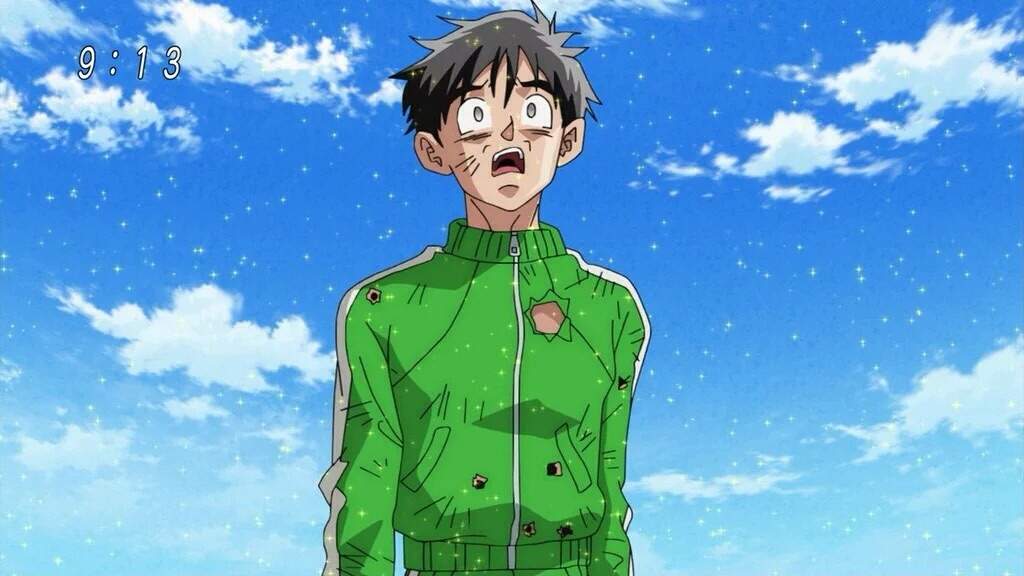 Gohan has always been one of Dragon Ball’s most badass characters ever since his debut in the Dragon Ball Z series. His succeeding iterations, however, have not been well received by fans, prompting many to ask the question: “Why is Gohan so weak?”

However, recent episodes in the latest Dragon Ball series, Dragon Ball Super, indicate that the gods may have listened – the Gohan of old may just be ready to make a comeback.

To prepare for this possible eventuality, here’s a look back at Gohan’s journey from hero to zero and (fingers crossed) back again.

Gohan makes his first appearance in the Dragon Ball Z series, the 291 episode-long sequel to the original Dragon Ball. Dragon Ball Z was Gohan’s narrative, as the series begins with him as a very young child, and ends when he is a full adult.

As Goku’s son and heir apparent to the legendary Saiyan fighting spirit, Gohan entered the Dragon Ball universe carrying the expectations of the whole fandom. And as a whole, young Gohan did not disappoint. Gohan was easily one of Dragon Ball’s strongest characters, with insane power levels that were rumoured to exceed Goku’s.

We first get a glimpse of Gohan’s powers in the Raditz storyline. The Saiyan Raditz kidnaps Gohan in a bid to goad Goku into murder, when the latter refuses to join Raditz in his plans to conquer and invade other planets. Nobody expected the shy and gentle Gohan to do anything remotely remarkable. But when Raditz starts pummeling Goku, Gohan explodes in anger, and delivers a clumsy headbutt that is nevertheless powerful enough to crack Raditz’s armor.

What prevented Gohan from truly taking on his father’s mantle at this point was his age. Gohan was very young when he first gets exposed to fighting and violence. His power, while awesome in scope, was still very raw. He had no control, and would often have to rely on powerful emotions such as rage to unleash his energy in violent outbursts.

And unlike his father, Gohan was raised in a pampered, loving, and normal home. He would often cower in fear and cry – causing many a fan to brand him a weakling (but when you really think about it, Gohan’s reaction was perfectly normal for any kid his age facing mean people twice his size).

It would take brutal and rigorous training under Piccolo, and some battlefield experiences, for him to hone his powers and his confidence as a warrior and a leader. And even then, Gohan would still exhibit signs of doubt and fear in the middle of his fights, which would often lead to the enemy gaining the upper hand or worse, the death of his friends.

The Golden Years – Gohan The Badass

Without doubt, Gohan was at his peak during the Frieza and Cell sagas. This was Gohan at his finest – young, fit, and trained to near perfection, so much so that his fights with the villains of the main arcs of the series were always exciting and amazing to watch. Here, Gohan was slated to be the warrior who was meant to take his father’s place as the main hero.

Gohan’s powers at this stage were prodigious. This is evident by the way he leads the Z fighters in their evolution. Gohan was almost always the first to level up, to unlock and access a higher and more powerful form. For example, he was the first Saiyan to ever attain the Super Saiyan 2 form in both the manga and anime, surpassing his father and Vegeta in terms of power and skill. He also unlocked a Mystic Form, which is one of the most powerful unfused forms in the Dragon Ball universe.

The constant threats against Earth also meant that Gohan was in top physical shape. He was unstoppable, a force to reckoned with for anyone who had the misfortune of facing him in battle. Many consider these arcs to be Gohan’s glory days, and it’s easy to see why. His much touted hidden potential was being unlocked, and he was always able to beat powerful villains no matter the odds.

There were many memorable and iconic fights for this badass Gohan. At his peak, he was able to hold his own against villains like Frieza and Cell. The Cell saga, in particular, was Gohan’s magnum opus. He was nothing short of magnificent – from defeating the Cell Juniors to his demonstration of great strength when he triumphed over Cell with a one-handed Kamehameha.

By the end of Dragon Ball, Gohan was an undisputed hero, and on the path to greatness.

The Waning of The Hero – From Warrior To Scholar

With the massive effort and hype that went into his build-up in Dragon Ball Z, it’s no wonder that fans were more than a little let down when Gohan abruptly went from ultimate warrior to mild-mannered scholar.

There’s nothing wrong with letting Gohan be a scholar, of course. It has always been indicated that Gohan did not live for the fight alone. While he has learned to appreciate training and the art of fighting, he remains a reluctant hero, a hero with all the potential but none of the drive.

Unfortunately, when Gohan eschewed the warrior life, he also completely gave up training. In his succeeding iterations we see him lose his strength, his powers, and even his physique as he grows noticeably thinner and lankier.

In other words, Gohan stagnated. And nothing can be worse in the Dragon Ball universe than a hero who fails to grow.

The lack of training takes its toll, and Gohan went the way of the Yamcha. This Gohan is easily defeated by a punch to the gut, and his fellow warriors begin to outclass Gohan – him who was once Earth’s most powerful and dangerous warrior.

But if there’s one thing that we can rely on with Gohan, it is his great capacity to care for his family and friends. Time and again, Gohan has shown that he can forego his own desires for the needs of others. He doesn’t like fighting, but he will unleash hell on anyone who dares threaten his family and friends.

This is the impetus which marks the start of Gohan’s return to greatness. In Dragon Ball Super, we see the old spark return in Gohan when he realizes he has a responsibility to harness his powers and be strong in order to protect family and friends – past, present, and future.

The Return Of The Gohan

Nothing has been set in stone yet, but Dragon Ball Super has been teasing the Gohan’s return to greatness. There have been hints here and there, including an image of Gohan in the Weekly Shonen Jump, which more or less confirms that he will be using his Ultimate Form in the latest Universal Survival arc, and the subtle change in Gohan’s character design when he slicks back his hair.

Any anime fan worth their salt knows that when the hair gets slicked back, badassery is coming.

In several arcs, we see Gohan go back to training to gain back his strength and physique. Gohan asking his mentor Piccolo for training guidance (we think Piccolo will look forward to that with absolute relish) is as good a start as any, as it means that we can expect him to be more involved in major action scenes. Everyone is already breaking barriers, getting power boosts, and levelling up. It would be nothing short of a tragedy and a failed opportunity if Gohan, one of the most powerful warriors, doesn’t get his shot at redemption.

Even Future Trunks gets a spotlight as he returns to Dragon Ball Super, a storyline which we see as the precursor to Gohan’s eventual re-awakening. The return of Future Trunks brings undertones of nostalgia and guilt for Gohan as he realizes that his failure to train can put his loved ones in the path of danger.

At the end of the Trunks arc of Dragon Ball Super, we see a more physically-built Gohan sans glasses who seems more serious and focused to get down to the business of becoming a warrior again. He goes on to participate in the Universal Martial Arts Tournament, facing off and defeating Lavender, a fighter from Universe 9, in a battle that makes us optimistic for the future.

Of course, his return may not be immediate. This Gohan is a different person, with an entire history, personality, and habits to undo and fix. But boy are we looking forward to the day when we can declare that Gohan is great again. We’re keeping our fingers crossed.

9 Reasons Bulma Loves Vegeta: How to Woo a Woman Like a Saiyan Prince