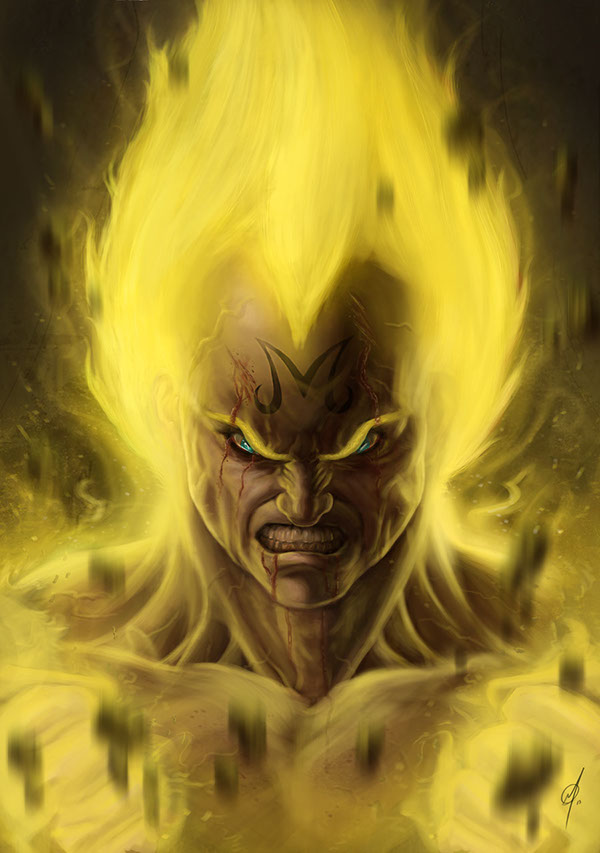 Talk about intense! This Majin Vegeta by artist Adam Miconi is a force to be reckoned with. What we have here is Vegeta transforming into a seething and concentrated power of evil just waiting to be unleashed. 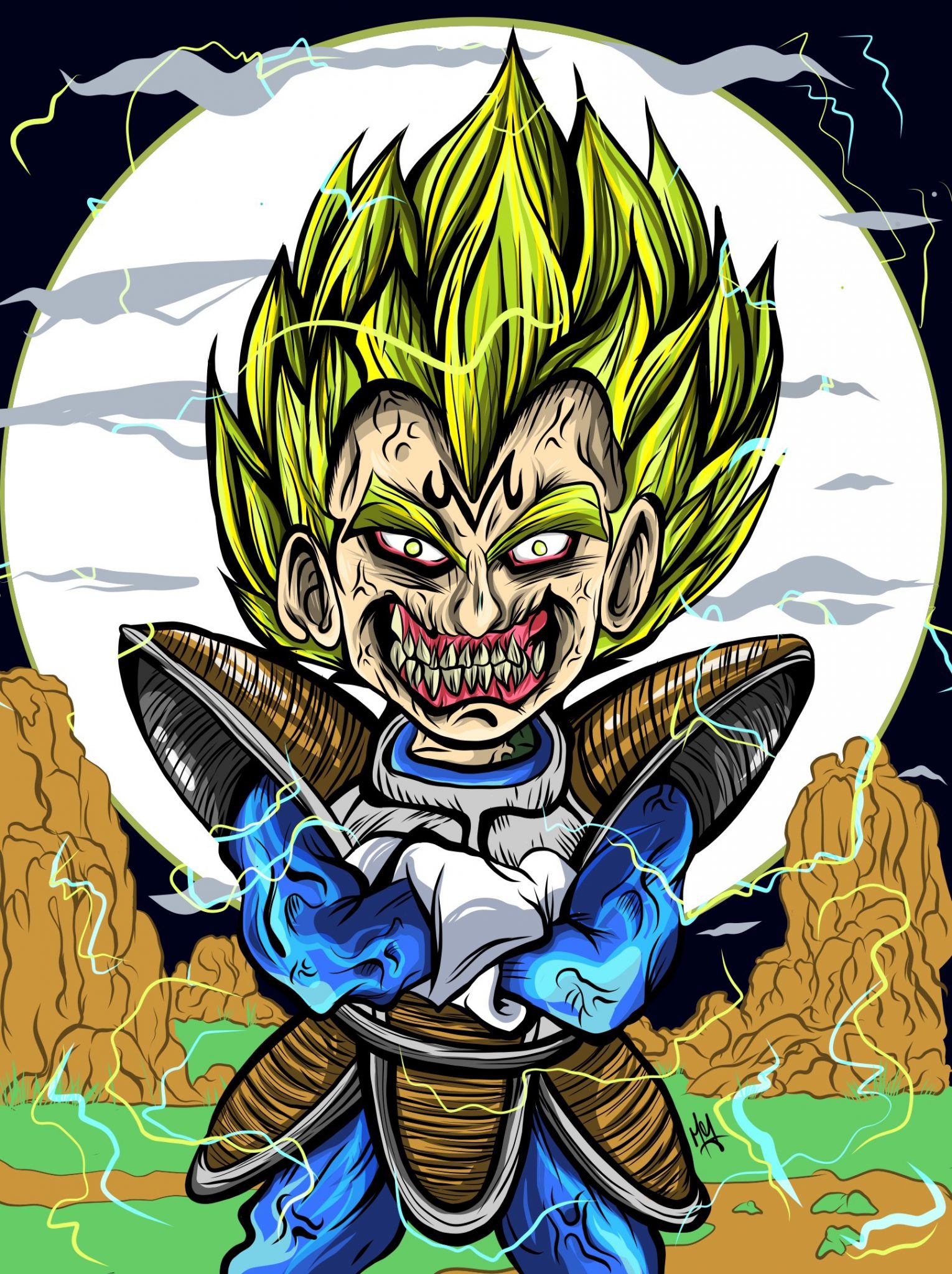 In a parallel universe, there may just exist a Vegeta who lost his marbles and went complete Joker-level insane. This is what he’d look like – the stuff nightmares are made off.

For fans who want their Vegeta shiny and sparkly, we’ve got you covered. Here’s a bejewelled Vegeta, in gold, and encrusted in diamonds. Why? Because we can.

There’s an underlying current of drama and unease in this fan art by Tumblr user IronPerry. It depicts a pensive Vegeta is staring off in the distance, surrounded by flames. Is he contemplating the destruction of a city he besieged? Or is he savoring his victory over an enemy? We can only guess.

This fan art by Kenji-Seay is so dynamic and expressive. It has so much character even with its simple and strong lines as it pays homage to Vegeta’s Great Ape lineage. 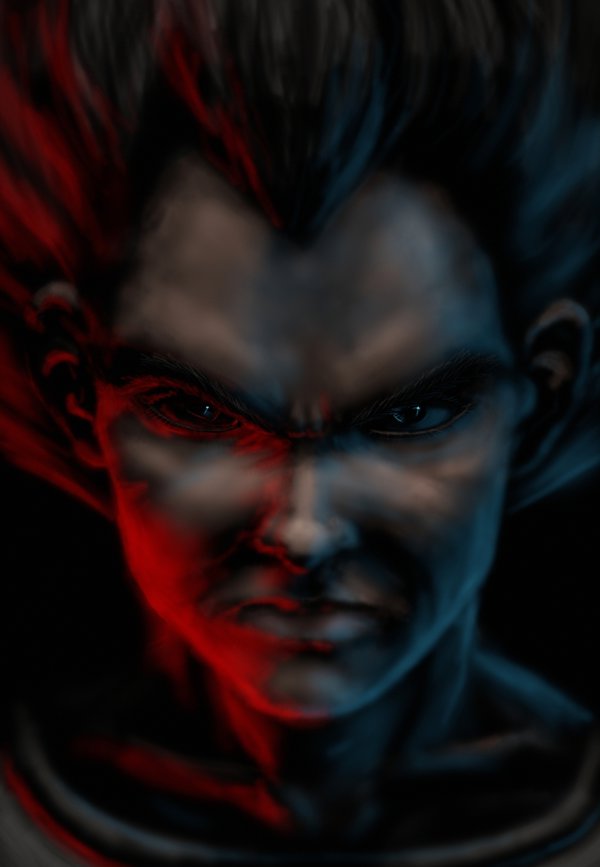 He may look like a Dickensian orphan in this fan art, but there’s no mistaking the intensity, determination, and that hint of evil lurking behind the eyes in this Vegeta. We understand why artist dragonbabezee titled this piece Demon Spawn. 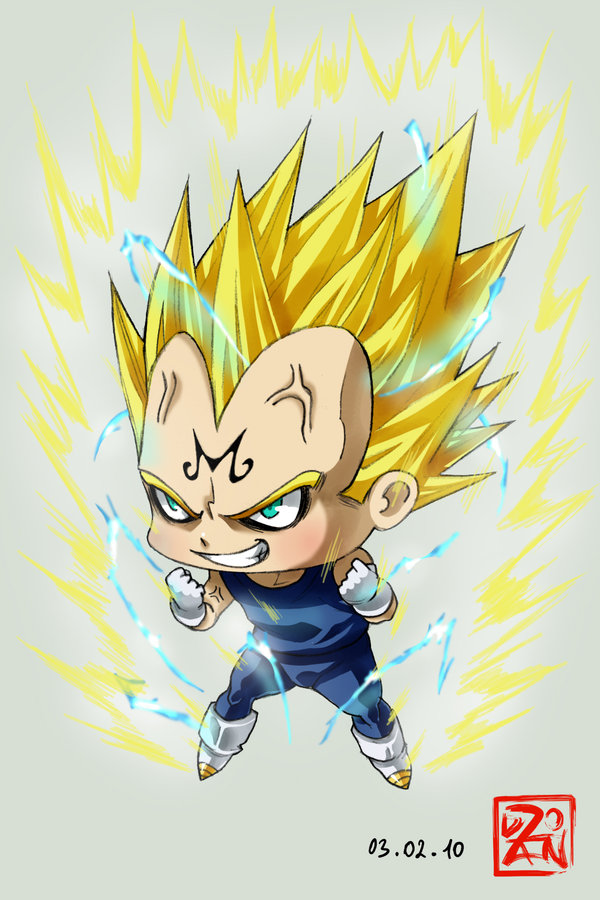 This particular Majin Vegeta is ready to wreak havoc in the world in all his pint-size, chibi glory. 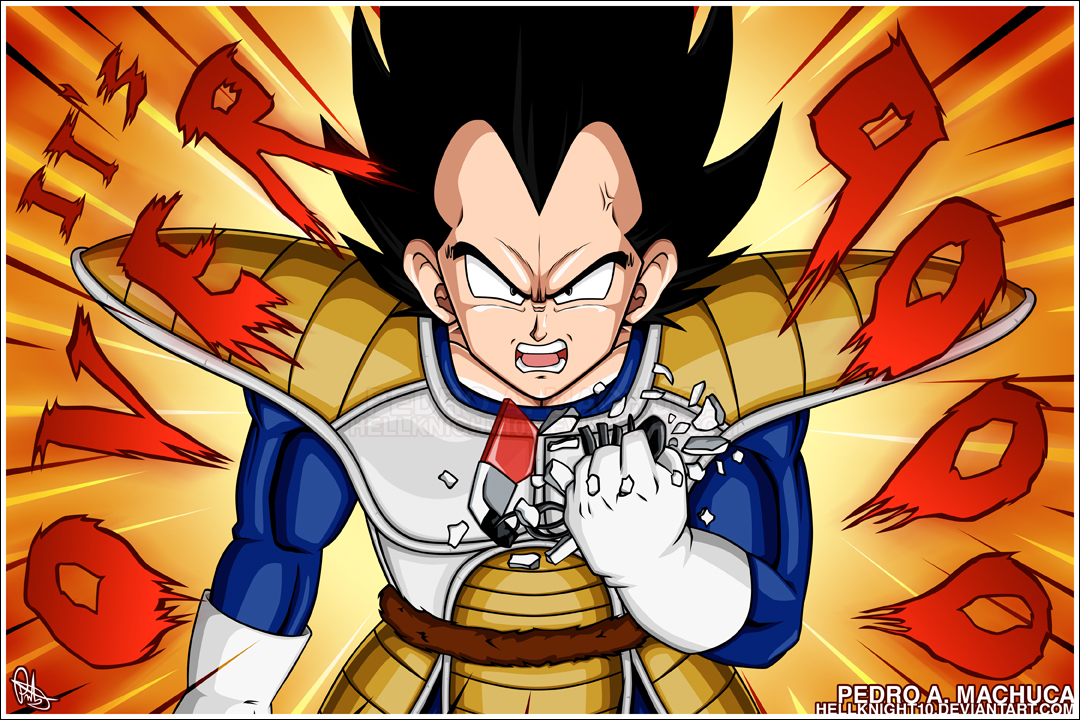 This fan art is a rendition of what is probably Vegeta’s most famous line. Say it with us – it’s over 9000! 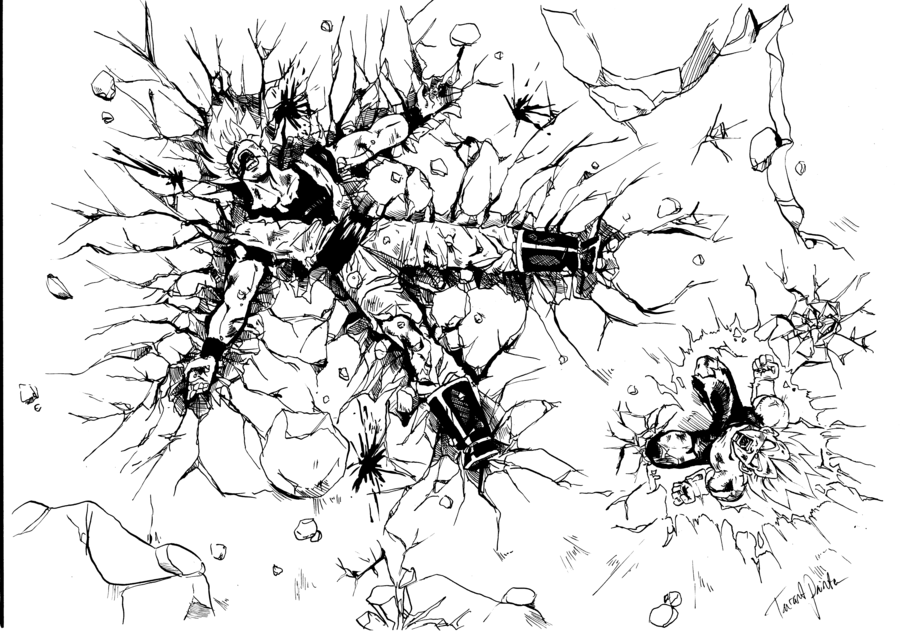 The last Saiyan standing. An amazing and powerful fan art by TarontPainter that gives us a bird’s eye view on an exultant Vegeta standing victorious over a fallen Goku – and the brutal devastation of what must have been an epic battle. 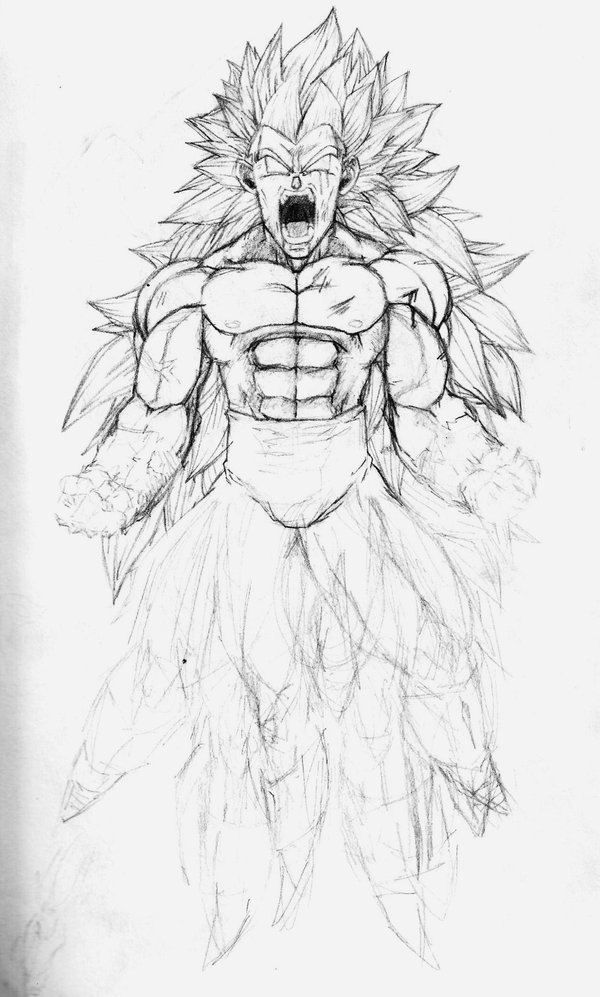 According to Deviantart user gsx1300r, this fan art is unfinished. But it works. It gives Vegeta a raw energy and a ferociousness that speaks for the massive power that is inherent in a level 3 Super Saiyan.