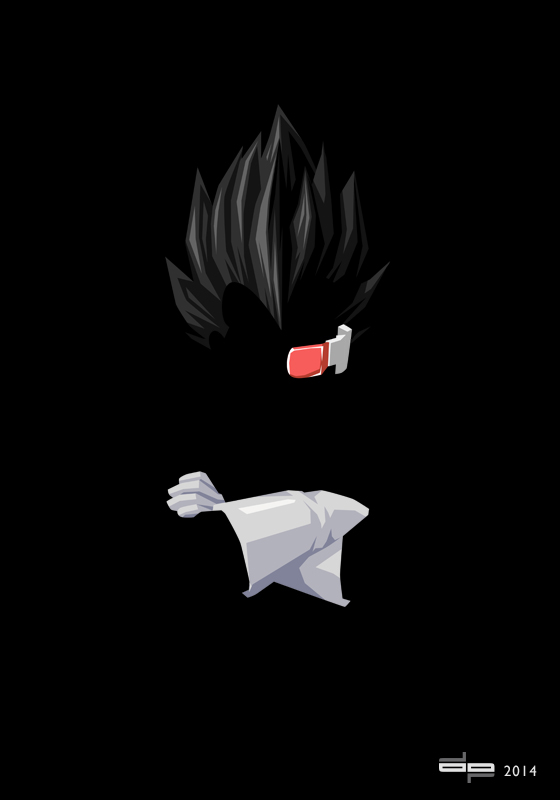 David Nuñez Díaz’s creates a minimalist graphic design fan art that nevertheless captures Vegeta’s swagger. Even without his face on, you can actually feel Vegeta glaring at you. 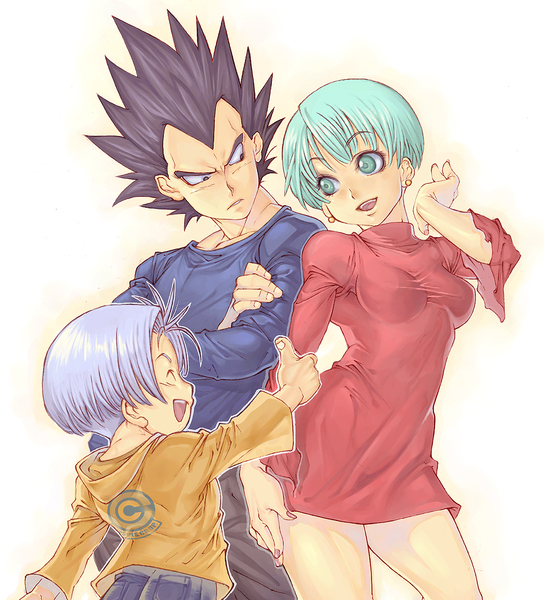 Vegeta’s personal life is a great source of inspiration for fan arts. We all want to see the man – er Saiyan – without his armor on. We want to know how he is when there are no invaders to vanquish and enemies to destroy. Katsutake’s fan art gives us an idea – clearly, Vegeta is still Vegeta when he’s home. 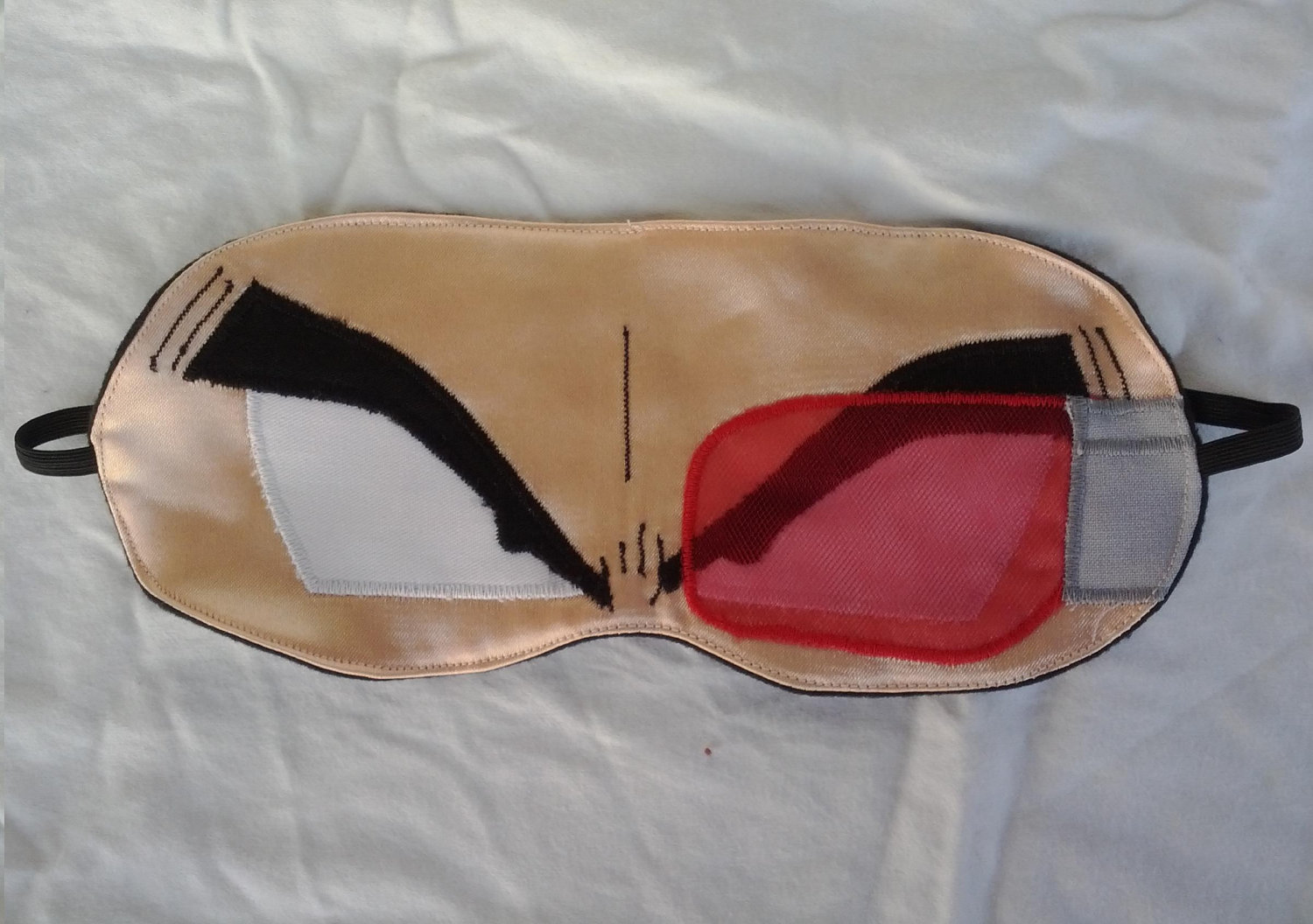 Trouble sleeping? Vegeta’s patented scowl, recreated by Etsy user Sewtivation in her fan art craft, is sure to drive elements of sleep deprivation away.

As what elizabeth.arte’s fan art show, Vegeta doesn’t suffer fools gladly. As a Saiyan prince, Vegeta has a lot of pride and one of his greatest weaknesses is his tendency to look down and underestimated warriors he perceives as weak. It sets him up for failure but at the same time, we love how his sarcasm makes for catchy soundbites. 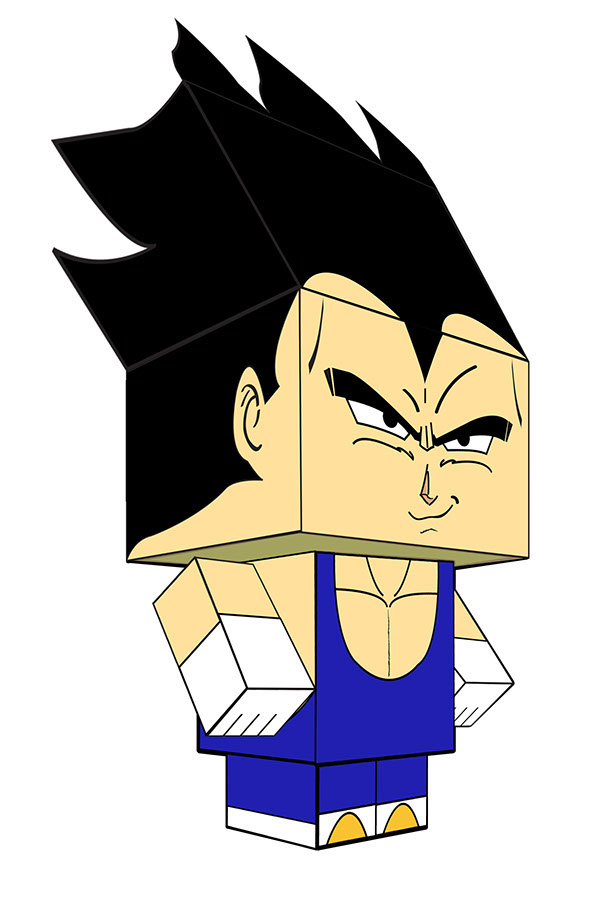 Artist Steven Chen designed the template for a Vegeta cubee, a form of papercraft toy that feature interlocking tabs for construction. The Vegeta cubee may be small and cute, but he comes with that arrogant smirk that fans all know and love. Perfect for those who like working with their hands, and who want to carry a chibi badass in their pocket. 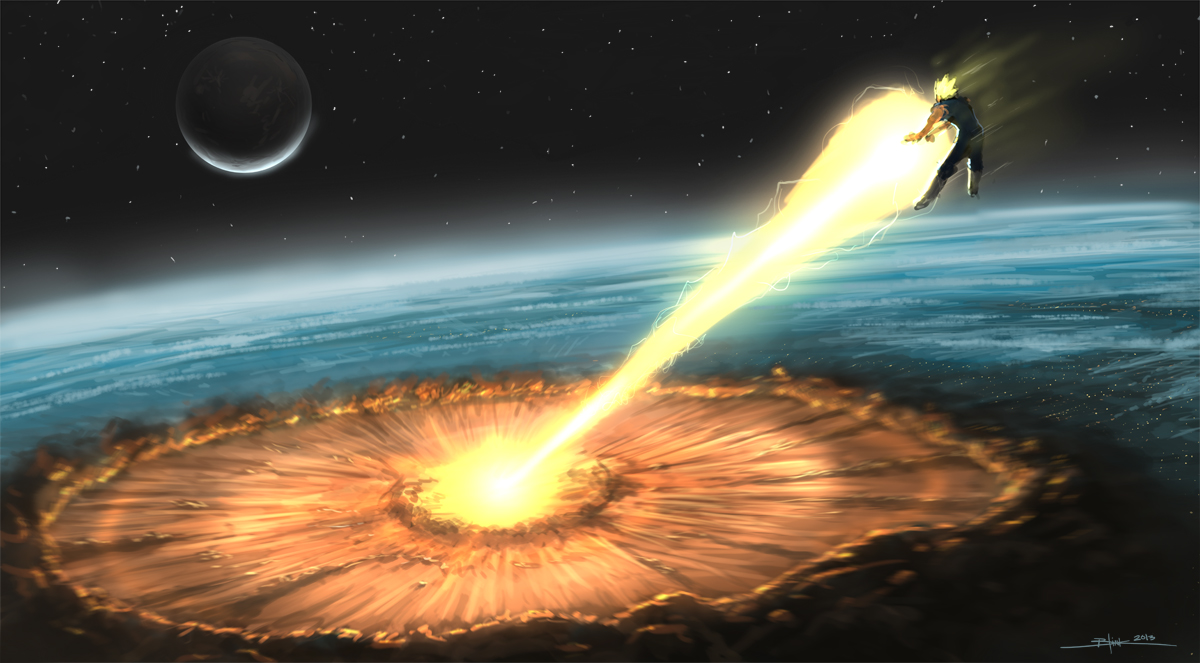 An epic rendition of one of Vegeta’s most powerful moves, the Final Flash. This fan art by Deviantart user sanggene takes the Final Flash to another level by setting it in space, where we can better appreciate it in all its massive and destructive glory. 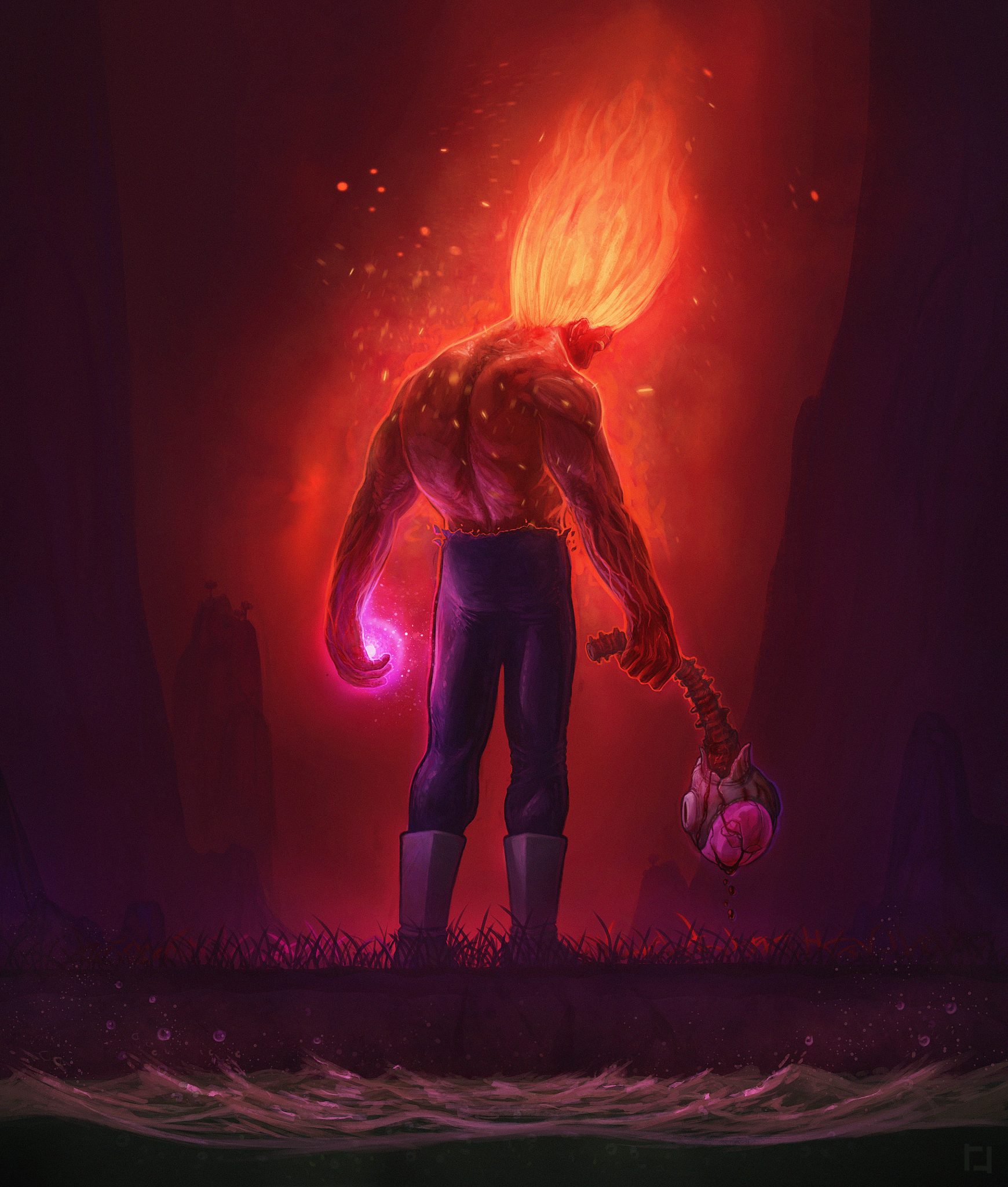 An amazing artwork that combines drama, great composition and colors, and a fantastic backstory of an alternative universe where Vegeta ends Frieza’s reign following the genocide of the Saiyan race. With a single glance, we see a vindicated Vegeta, holding Frieza’s dismembered head in bittersweet triumph.

#28 Calm Before The Storm 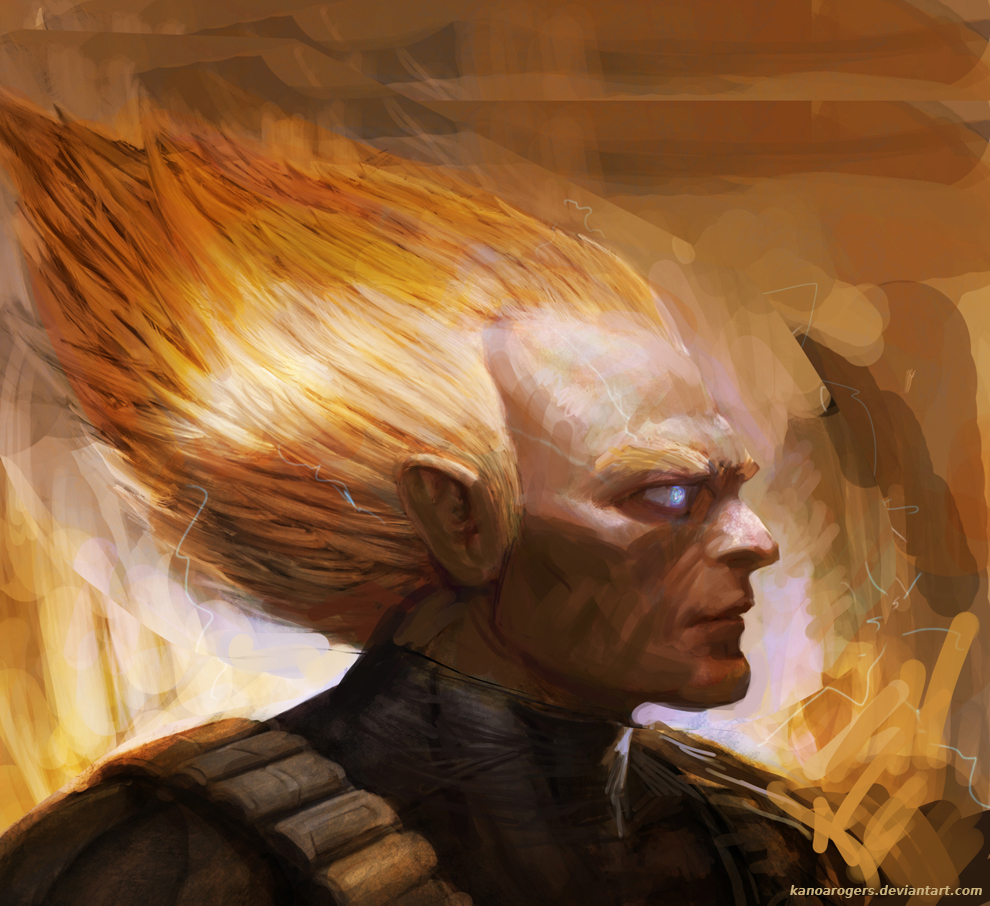 Deviantart artist kanoarogers creates a Vegeta fan art that is so realistic it borders on being unsettling. Detailed and beautifully crafted, this fan art captures the intensity and the quiet energy of Vegeta in a moment of calm before the storm. 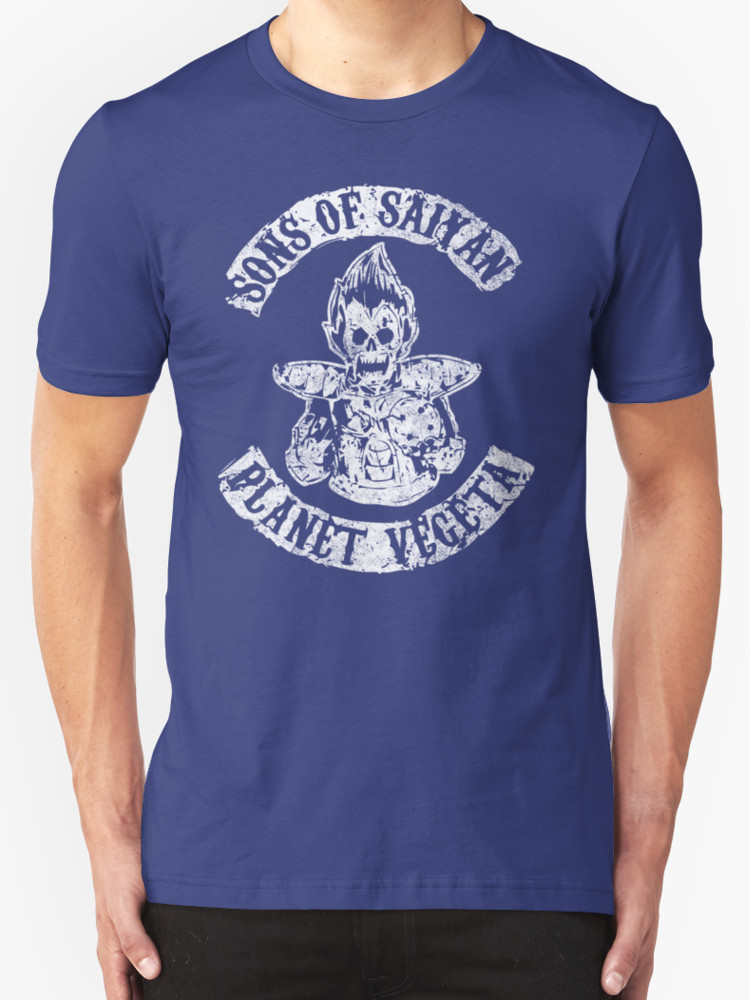 A skeletal Vegeta is just as menacing as the Saiyan in the flesh. This shirt design by keepopart parodies the TV show Sons of Anarchy, and makes Vegeta the face of a new breed of Saiyan outlaws. Join the club.

The amount of work that went into the recreation of the Vegeta-Majin Buu fight in this flip book animation is astonishing. Not only is every single page hand-drawn, it is also set to the actual audio of the fight.