Vegeta has a very distinct look. In this fan art-slash-tutorial, YouTube creator DK Drawings teaches us how to bring Vegeta to life on paper using his most defining features – his widow’s peak and eyebrows. Simple, straightforward, and strong, the resulting fan art is an appropriate interpretation of Vegeta who is known to be a brutally efficient warrior.

Vegeta’s relationship with Goku is one of the most compelling points of tension in Dragon Ball. While polar opposites in temperament, they are nevertheless like-minded in the goal to be the best. Their juxtaposition in this fan art by Instagram artist wizyakuza emphasizes on their similarities as warriors, and how well they work together as allies to defend Earth. It is also an amazing work of art that depicts the two in Super Saiyan level 4, exuding confidence and ferocity befit their Saiyan race. 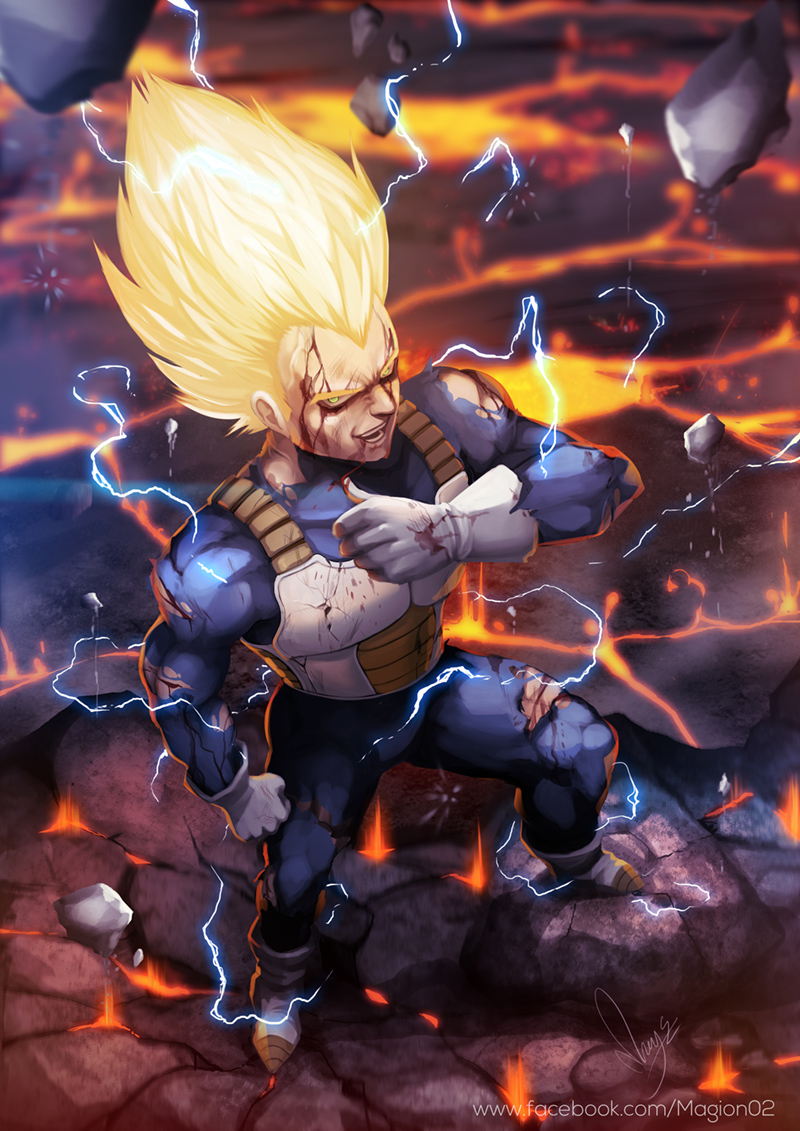 This brilliant fan art by magion02 completely nails Vegeta’s look and attitude. In this battlefield, Vegeta is the last Saiyan standing, triumphant and unbowed.

Reddit user joshnapoli’s bead fan art is an amazing homage to both Vegeta in his iconic powering-up form, and to the retro, classic pixelated game console look.

There’s a sense of nostalgia in the way artist Vicente Valentine’s fan art draws and colors his Vegeta. He eschews Vegeta’s usual small and compact stature for a more heavy-set, stocky, and brutish form. The face Valentine provides is one that is etched with exhaustion, and even sadness – someone who has seen too much. It is a great characterization of Vegeta, a reimagining of who he might have become if he never broke off from Frieza’s hold.

This fan art of artist DeuceCaliper brings a new level of ferociousness to Vegeta who is caught leaping mid-air, snarling at the viewer. Like Wolverine, Vegeta is placed in a state of rage and aggression with a rawness that speaks of barely leashed control.

#17 And That’s How A City Crumbles 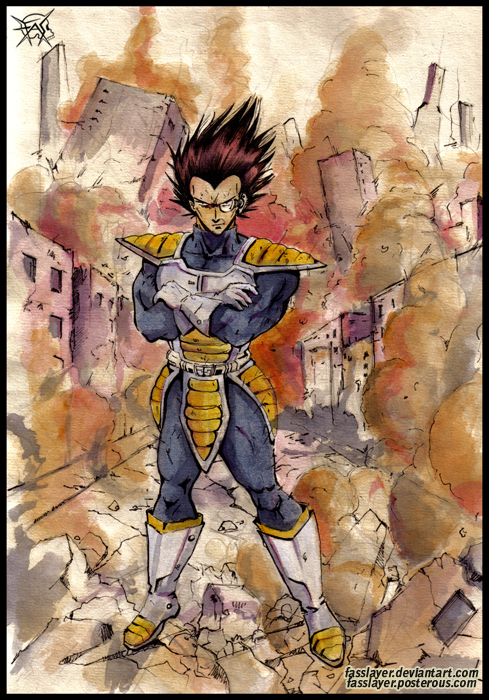 Vegeta has wreaked his own share of destruction in his days as a villain. Artist Fernando Santibañez goes back to those days of chaotic villainy as he places Vegeta, looking cool and unperturbed, in the middle of a destroyed City’s crumbling rubble.

An amazing rendition of Vegeta in his signature pose – arms crossed, death stare on, and standing ramrod straight at attention. We get a certain Captain America vibe in this fan art by artist iVAN TAO, with Vegeta channeling a soldier who stands unwavering even in the face of a difficult mission. 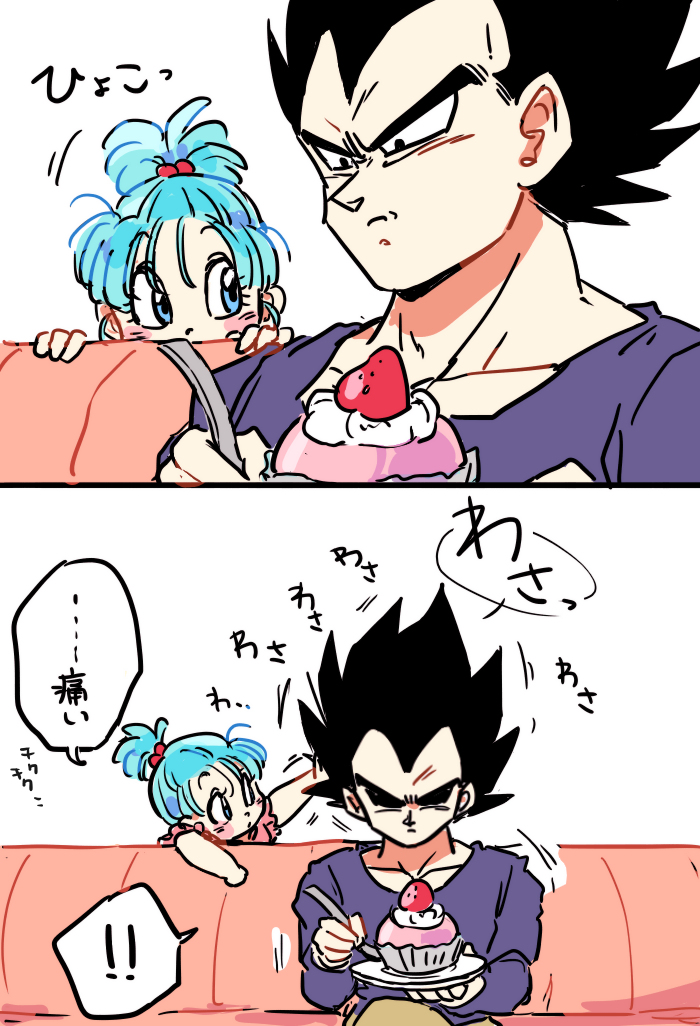 Artistしぃの実 has a number of fan art which has Vegeta facing his greatest challenge – fatherhood. 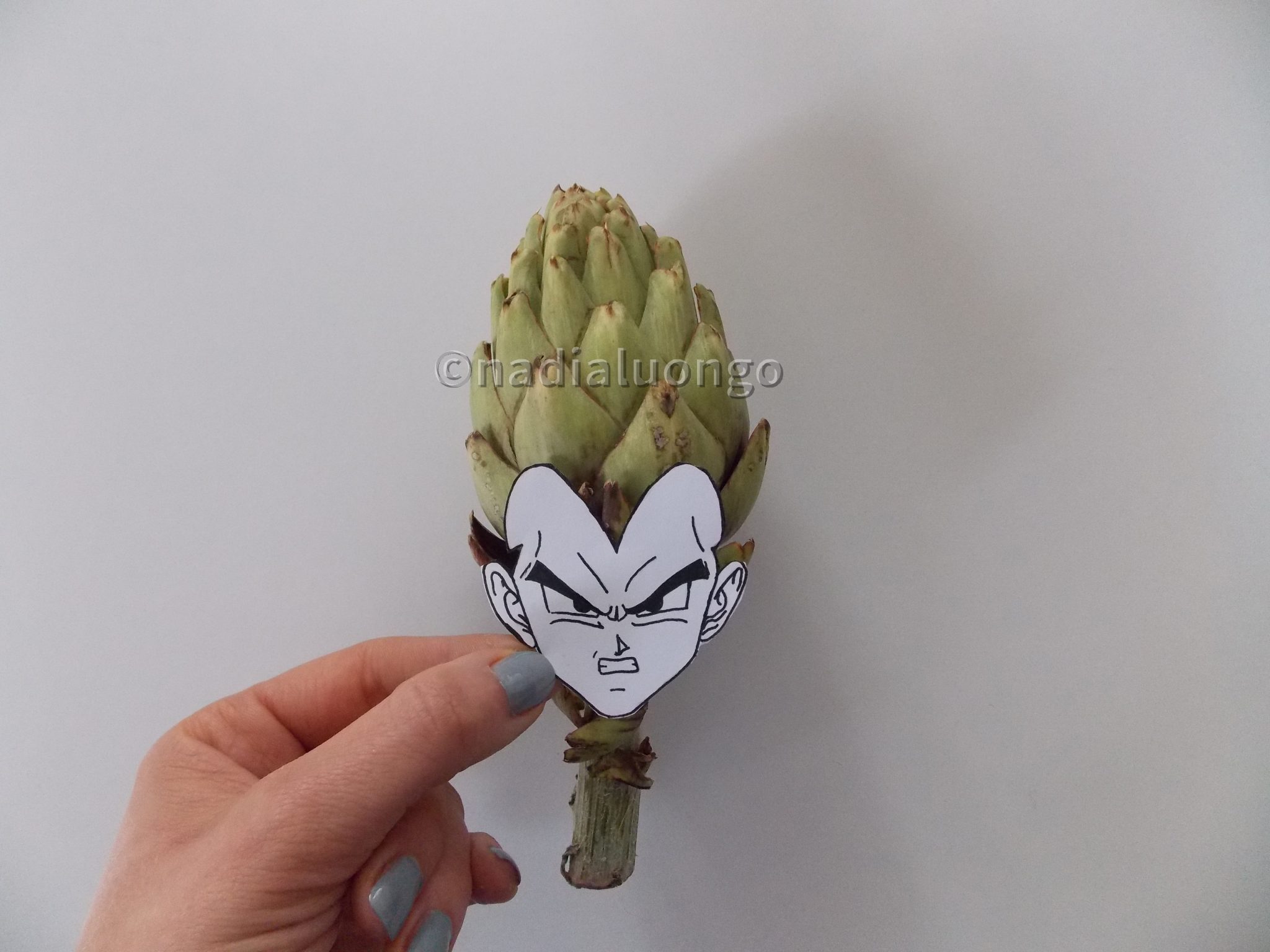 It’s a known fact that Dragon Ball characters were named after food. Artist NadienSka takes this to heart by creating a fan art that literally attaches a vegetable to Vegeta.