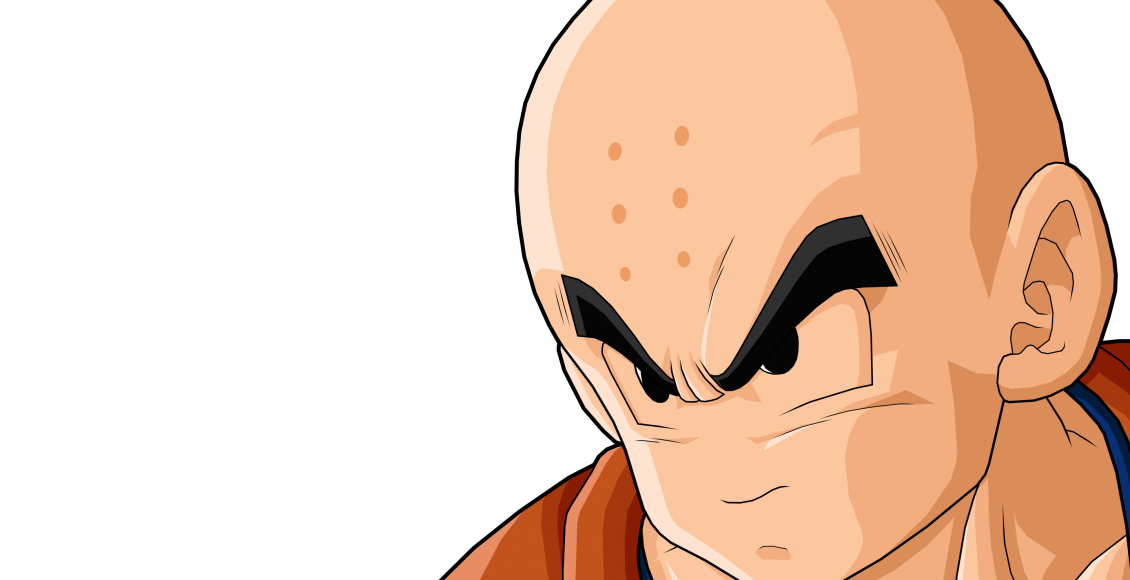 Sidekick. Friend. Warrior. Which Krillin figure would you love to own?

The world of Dragon Ball is made up of amazing supporting characters that enhance the main protagonists. You can call them sidekicks, hero support or even side hero, but what’s undeniable is that they add so much more to the fictional world and stories that we love. One such character is Krillin, Goku’s best friend. Krillin has brought so much heart, humor and love to the Dragon Ball universe, that it’s easy to see why he’s one of the most beloved character of the franchise.

While there aren’t a lot of action figures available for Krillin, the ones that are, are incredibly amazing. While most of Krillin’s figures are in the same outfit, of his adult hood days, a lot can be found of him as a kid during Dragon Ball as well. While a lot of his figures come as combo sets combined with Goku as well. This is no surprise, seeing how good friends the two characters became.

Krillin is one of the very few non-Saiyan characters of the Dragon Ball franchise, making it more difficult to find many figures for him. But we’ve combed the internet to find you the best of the best when it comes to Krillin action figures.

Banpresto’s Dragon Ball Collection has an action figure of Krillin which captures his first-ever appearance in the Dragon Ball franchise.

Krillin first showed up at Kame House as a young boy, wanting to be mentored by Master Roshi. Goku also wanted to be trained under Roshi, so the two immediately develop a rivalry. Fueled even further by Roshi constantly pitting them against one another, Goku and Krillin initially end up hating each other.

The character of Krillin was actually created to provide contrast for, and make Goku’s character look better to audiences. While Goku embodied values of virtue and innocence, Krillin was created to be a mischievous and petty character. Over the years, and their shared experiences together, Krillin and Goku went on to become the best of friends

So this figure captures that early version of Krillin, shown to be a smarmy and petty kid who took every opportunity to belittle or undermine Goku. The Banpresto figure of that young version of Krillin perfectly captures the manipulative nature of an ambitious little boy. The modeling of the eyes, the eager smile, and posture, accurately reflect the nature of Krillin in his first appearance.

The colors of the statue also get the outfit of Krillin right. The details are pretty good. However, the figure is very much a display figure, standing at 5.1 inches with a display case, and with no articulation whatsoever. It’s a great and rare find to complete any collection.

The figure can be found here on Amazon: Banpresto’s Krillin

Funko POP’s first, and still only, Krillin figure is an homage to his look from the Dragon Ball Z series.

Funko Pop! remains one of the most affordable and accessible source of figures of all fandoms for collectors. As part of their Anime line, Funko’s Dragon Ball figures are part of the Dragon Ball Z series, featuring characters from that series of the franchise. The Funko Pop! Krillin is an exact replica of the version fo the character seen in that franchise.

Krillin is shown here wearing his traditional outfit that he wears for most of the Dragon Ball Z franchise. This outfit was given to him by Master Roshi, along with Goku when he completed his training under Roshi’s tutelage. Krillin stands in a conventional pose of battle ready neutral stance.

The Pop figure is very basic but looks good in its simplicity. The colors match the anime. Although Krillin’s expression seems off, it’s more of a design element of the Funko Pops in general and not this specific figure. The Krillin Funko Pop is a basic design which would be a great way to start a figurine collection for collectors of all ages.

You can find the figure on Amazon: Krillin Funko Pop!

The SCultures line of Banpresto’s Kid Krillin figure is extremely fun and exciting.

Banpresto’s SCultures line has always been impressive with their detail and poses. The modeling is always unique, and their version of Kid Krillin is no exception. Featuring a Krillin from the Dragon Ball series, when he was much younger, this figure has an action pose for the young martial artist.

Shown as he’s leaping into the air while pulling off a kick, the SCultures Kid Krillin is a wonderful figure as it depicts the character in a fighting pose. One of the best things about this figure is also that the modeling and colors match the simplicity of the franchise that the character is from.

While Dragon Ball Z features more detailed and aggressively amazing action poses, its predecessor, Dragonball, was much more simple, given that it was about kids. So this Kid Krillin figure depicts that same simplicity and wonder of a young Krillin, getting ready to kick some butt. The expression on his face is also captured beautifully by the modelers. While there is aggression in the expression, is not as intense, which makes perfect sense given that Krillin is very young in this figure.

The figure is in mid-jump, with a base for proper display. While there is no articulation at all, the detail and excitement of this figure more than makes up for it. This figure would be a great starter for collectors looking to get started, and starting with someone a bit more serious than a Funko Pop!.

The SCultures figure can be found on Amazon: SCultures Kid Krillin.

Now, I wasn’t kidding when I mentioned that Goku and Krillin are best friends. So a lot of toy-makers will create and release figures with both of them together, so as to honor that friendship even more. One such set is Banpresto’s Dragon Ball Z Super line of figures featuring both Son Goku and Krillin together.

The figure itself is very much a prestige piece. Standing tall at 4.5 inches, the figure comes with a wide base for display. The modeling is very much based on the Dragon Ball Super anime, with clean lines, the whites of the eyes as well. The detail is incredible. Even though the figure is just standing all, the expression captures the pre-battle look of Krillin perfectly. This is one of the very figures that is modeled so beautifully that it can be considered a 3-dimensional recreation of the animated version of the character.

Both characters are seen in their original outfits, given to them by Master Roshi when they completed their training under him. With no points of articulation, the figure is very much a display piece. But the prominence of the figure, the amazing artwork on it, make it a deserving additional to any expert collection.

The Banpresto Dragon Ball Super figure set can be found on Amazon here: Goku and Krillin.

S. H. Figuarts has always been a line of Anime action figures which are supremely amazing and their details are astonishing. This Childhood Krillin figure from S. H. Figuarts is a true work of art, with full articulation as well!

Featuring Krillin from his childhood days of Dragon Ball, the detail on this Krillin is incredible. With different faceplates, this Krillin can be shown as just a gorgeous display figure, but also as a great action figure to be articulated however you wish.

The figure is completely articulate, for many different poses and recreating many scenes from the anime. With four to 5 different hands parts that come with the figure, Krillin can be modified for any fighting pose. The figure also comes with 2 different faceplates, to make Krillin go from his amazing action pose to a more dopey and funny expression. With a blaster stand as well. you can even make Krillin shoot of many energy blast attacks.

This Childhood Krillin figure is an amazing addition to any collection.

One of the best things about action figure collection is building up your collection from scratch, and the sense of accomplishment the finished product provides. Now, add to that if you had to build and put together the figure yourself. That’s what Bandai Hobby offers with their Figure Rise Standard collection of Dragon Ball Z Figures.

The Krillin that comes with this model kit is a beautiful representation of the Krillin we see in Dragon Ball Z. The detail is incredibly accurate and conveys the right tone from the Anime. The model kit itself comes with small plastic parts, connected in a grid to be slightly twisted and take out in pre-selected points.

The figure is incredibly easy to put together, and once completed, looks like an amazing action figure all on its own right. With no painting involved and very little tickers, the figure is an amazing look at a classic character. This Krillin is completely articulate and features a base for easy display.

Another version of this figure also comes with a Goku version of the same model kit as well. This Krillin figure model kit can be found on Amazon: Krillin Figure Rise Standard Kit.

One of the greatest Krillin figures on the market has to be the Bandai Tamashii Nations S. H. Figuarts Krillin from Dragon Ball Z.

The S. H. Figuarts line of Dragon Ball action figures from Bandai does it again with their amazing rendition of the Krillin figure that is almost perfect in every way. The figures feature the look of Krillin from Dragon Ball Z, and they accurately recreate the colors of the clothes, as well as Krillin himself.

In some of the animes, depending on the color correction and restoration, Krillin’s skin color bounced back and forth from being almost paper white to a more colorful tan. It was almost very hit and miss, but this S. H. Figuarts figure looks to pay homage to the paper-white color of Krillin that he appeared in sometimes.

The figure itself stands 6 inches tall, larger than most Krillin figures. With multiple hand replacement parts and 4 different face plates, this Krillin figure can be posed in a variety of ways to either recreate many different poses from the anime, create new ones, or just to be displayed in imaginative ways. The versatility is incredibly unique and rare to find in such a detailed figure.

The expressions are directly from the Anime as Krillin is shown between a mix of comedic and smiles, to serious action hardened expressions. The coloring of the outfit is a little off, but the accessories more than make up for with. With a destructo disk blaster accessory and a cool display stand, this S. H. Figuarts figure of Krillin is quite possibly the best on the market.

This figure can be found on Amazon: S. H. Figuarts Krillin.

So those are the 7 best Krillin action figures currently on the market. Let us know your favorite ones in the comments below.